Is Taking the TRUST out of Sydney’s Public Parklands a Good Idea?

On 17th February, an alliance of Sydney community organisations held its first forum at NSW Parliament. This forum focussed on the new Greater Sydney Parklands, which is a new super agency announced by the NSW Minister for Planning Industry and Environment Rob Stokes in July last year.

A new Board of seven directors was quietly put in place before the public was told anything about the new body. I’ll publish more reports from the forum soon. Minister Stokes attended and answered several questions.

This is a short speech that I researched for the forum. It’s a little more detailed than the one I delivered.

I began by acknowledging that the lands we were discussing belong to the Gadigal, Darug and other tribes of the Eora nation. I paid respect to their elders, past and present.

I also thanked the organisers of the forum that aimed to shine a light on the Greater Sydney Parklands.

Like nearly all of you, I was surprised in July last year to read a so-called “exclusive story” in the SMH announcing that Sydney’s major state-owned parklands would be rolled together in a super parks agency.

I know from direct experience, over more than half a century, that ordinary people from Bonnyrigg, Parramatta and Merrylands in Western Sydney to Hunters Hill and Lane Cove on the North shore to Centennial Park in the Sydney’s East have fought, at times with their bodies, to preserve these parkland spaces. There’s a lot at stake for Sydney, so I asked myself: What is the overall purpose behind the big new agency plan? Minister Stokes says his aim is to provide a bigger, more powerful voice for parks in order to defend and grow them. But I ask : what is the nature of that powerful new voice and in whose interests will it act?

I say that I was surprised because the announcement came out of the blue, not because I was surprised that it could happen. In NSW, we’ve become used to decisions being made in cosy back room chats with private interests and unsolicited bids. The decision came hot on the heels of the appointment of Tony Shepherd as Chair of another new agency called Venues NSW. Shepherd previously pushed to build the Sydney Stadium actually on Moore Park itself - an idea that went back at least 45 years. Shepherd also a promoted and later Chaired the WestConnex Delivery Authority that was set up to deliver the massive WestConnex private tollway system. (You can read my earlier investigation into WestConnex which has now been privatised here.)

There were of course people who knew about the new park plan, long before it was announced. While the public was kept in the dark, Infrastructure NSW, which had responsibility for the rebuild of the Stadium and promoted the WestConnex tollways, had input into the discussion paper for the ‘50 year vision for Sydney parklands’, a document that was launched on the same day as Greater Sydney Parklands. Greater Sydney Commission and some people on the Centennial Park, Moore Park and Western Sydney Parklands also made contributions according to the document’s inside cover. All these people remained silent.

By the way, this discussion paper only mentions the words ‘climate change’ once - the word climate is mentioned three times but only in passing ways.

The vision sounds attractive. But rather than rely on the promise of a vision that claims to be all “about working in partnership with communities” but there is little actual information about the new agency. I suggest that in order to get answers to our questions, we look at the actual connections - the networks of power, the background and actual material links of the Board and its Chief Executive - after all these are the people who’ll actually implement the vision and put the rhetoric into practice.

As far as I have been able to discover, the Greater Sydney Parklands only exists at the moment with its Board and a small operation working out of the existing Western Sydney and Parramatta Park Parklands office at Parramatta, which includes the old Western Sydney Parklands finance director, who is now also directing the finances of all the Parklands as well as the Sydney Botanical Gardens that have been brought under the financial management of this Board. 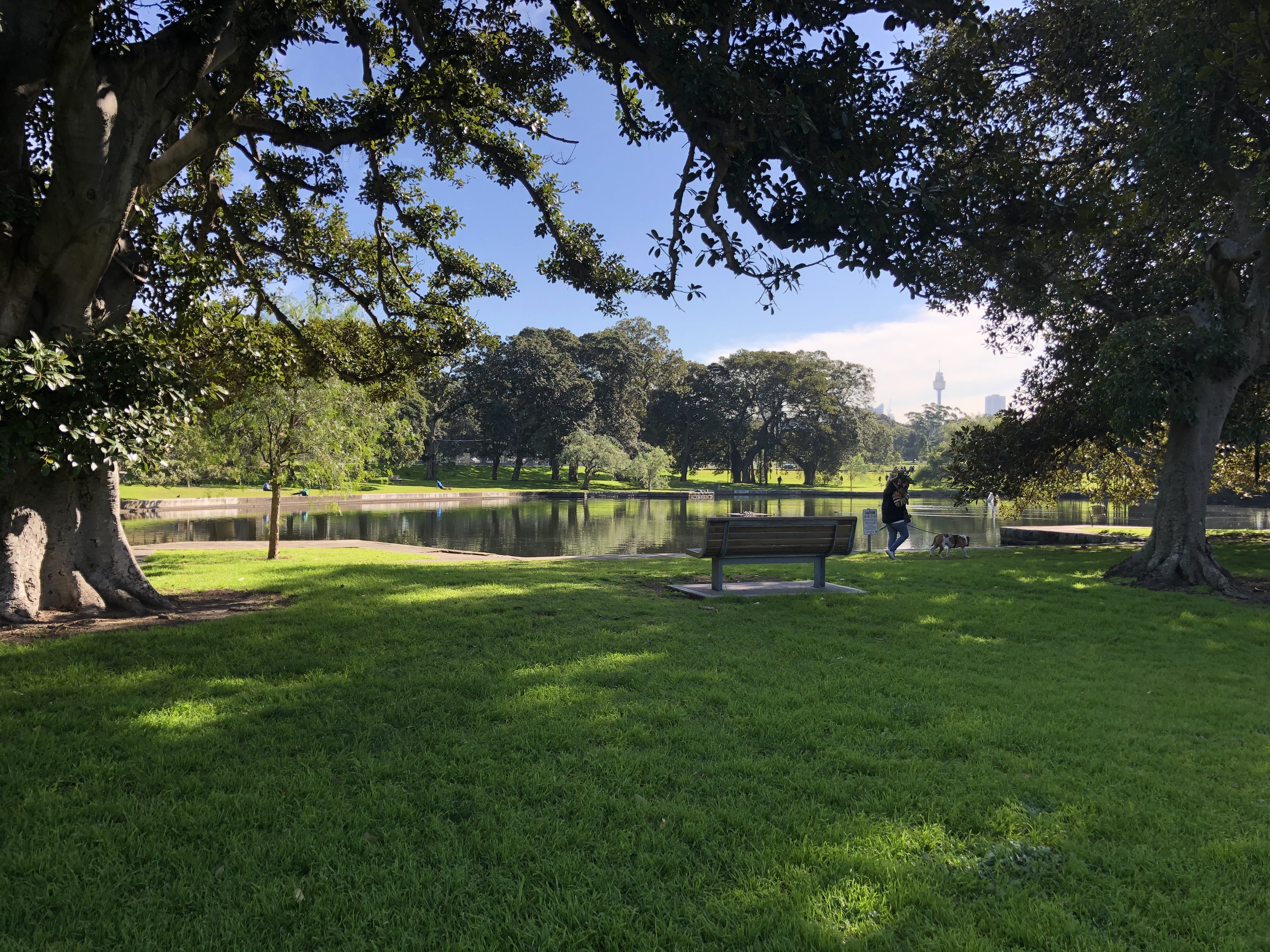 The CEO - an expert in financing ‘public parks’

First of all, there’s the super agency’s CEO, Suellen Fitzgerald. She’s now directly in charge of all the Parks. In 2008, Fitzgerald was appointed as CEO of the Western Sydney Parklands. But her power grew as she took over the management of the Parramatta Park Trust and more recently, the Fernhill Estate at Mulgoa. She was quoted as favouring moving the Powerhouse to Parramatta. She’s a landscape architect but her speciality is “financing public parks”. This is a slightly odd concept for lands that were supposed to be held in trust for the public. Most of us would’ve seen threats to public lands as leases to commercial events venues inside parks or temporary renting arrangements , a form of semi-privatisation that has reached near tipping point in the Sydney’s Botanical Gardens.

But Fitzgerald’s experience takes park financing to a whole different level. It’s mandated that Western Sydney Parklands raise money by long term leases of land for property and tourism development. Recent Annual Reports show that the Western Parklands earn more money from their commercial operations than from public budgeting. For instance, Fraser Property’s Eastern Quarter is a large new retail development on Rooty Hill Road. With its 3000 square Woolworths and many specialist stores, you would never guess that it’s formally on Western Parklands lands. Close by there is the new Sydney zoo with its own African Safari section. Harvey Norman and Coca Cola are its major private partners. There are also plans for commercial urban farms and the existing MotorSports Park.

My question isn’t whether we oppose these enterprises or not - I know members of our community use and enjoy them. But the serious question is: should a rich city such as Sydney be funding parklands in Western Sydney with commercial ventures that may even damage the rest of the parklands? This is the vast part of Sydney where most citizens live. Do we want those who have built their careers on this model to be in charge of all these other major parklands? Is the plan to apply the model elsewhere? At best these for-profit developments ( and more to come) comprise and limit the environmental goals of parklands and will definitely lead to more environmental threats. Shouldn’t the goal be to expand parklands in Western Sydney and elsewhere not carve chunks out of them?

If anyone knows what is really planned, it’s Chair of the new Board Michael Rose, a long term resident of Birchgrove in Sydney’s Inner West. For most of his career, Rose worked at Allens ( then Allen Allen & Hemsley). It was then the biggest and most powerful corporate law firm in Sydney. Rose was its chief executive partner for a decade. He knows the world of mergers, acquisitions and corporate battles intimately. When he left Allens, he became special advisor to the leadership team in the Sydney office of global consultancy KPMG. He had responsibility for growth opportunities in infrastructure, ‘smart cities’ and Indigenous business. Importantly, he is Chair of the lobby and advocacy organisation ‘Committee for Sydney’, which promotes itself as a ‘must join’ organisation for Sydney’s leading private companies. It was in that capacity that he wrote an opinion piece strongly supporting the amalgamation of councils, a few days after the then Premier Mike Baird announced his controversial policy in 2016. That piece gave us a hint of his views - it was partly about how centralisation would bring improved community engagement. He badly misjudged the storm of opposition that would follow.

Less well known is that Rose has been appointed the independent Chair of the NorthWest Rapid Transit, which has massive contracts with the NSW government to build two of Sydney’s Metros. NorthWest Rapid Transit ( NRT Group) is a consortium of mostly international investors including CIMIC ( used to be called Leightons) which is building the huge tolled WestConnex Rozelle Interchange.

Rose has experience with public assets through his time as Chair of Historic Houses Trust and Sydney Living Museums. In September 2019, the NSW government recommended that he be appointed to the Harbour Trust, a body responsible for Commonwealth owned Sydney foreshore land.

There can be no doubt that Rose is an energetic and busy man who who believes in contributing to the community. He was, for example, Chair of the Indigenous Engagement Task Force of the Business Council of Australia. Last week, he was welcoming NSW Treasurer Dominic Perrottet to give an address at a Committee for Sydney forum.

But the relevant question is: why has one private citizen acquired so much influence? What is his agenda and how does it align with and influence the NSW government’s real plans for our parks?

Also, on the board is Ceinwen Kirk-Lennox, an expert in property, development and construction management. She worked with leading property developer Lendlease for 26 years. Lendlease was a partner with Crown resorts in developing the casino on the foreshore at Darling Harbour and a developer of retirement estates including Gilead which threatens Koala habitat in Western Sydney. According to the GSP website, Kirk-Lennox now runs her own consultancy, with private and public clients and is also a director of real estate investment company Charter Hall which has major leasing agreements with Western Sydney Parklands.

A third director is Lyall Gorman, President of Business NSW and a Director of the Australian Chamber of Commerce and Industry. He has a strong record in Sports Administration and has been CEO of Cronulla Sharks and other football clubs,

One director Siobhan Twohill, does have grassroot involvement in her Inner West community. She volunteered for the Newtown Neighbourhood Centre. She is also the Sustainability manager at Westpac.

The dominant influences on the Board are corporate law , property and private business. Of the 7 directors, 6 have property development experience - two have worked at Sydney’s very top corporate law firms.

Scientific experience including environmental, biodiversity and climate change expertise is completely missing. The many community members who have contributed to maintaining the parklands have no representation.

Tonight I’ve shared with you what I could find out with some basic searching but we need to know more.

Another unsolicited bid from Transurban alongside the Western Sydney Parklands.

One more thing, according to its latest results, Transurban has yet another project in the pipeline. It’s an unsolicited bid to widen their M7 tollway along the edge of the Western Parklands and construct a massive interchange at the intersection of M7 and future M 12. This will undoubtedly cause more disruption and environmental damage to the Western Sydney Parklands. The proposal is being considered at the moment behind closed doors . If it gets approval from the Premier and Cabinet bureaucrats, planning approval and community engagement will follow.

I don’t know what you think but I think it’d be naive not to be wary, even suspicious. No amount of contracts for community engagement can cure the arrogance with which the community is treated.

And there is something else missing - there is no Indigenous voice on the board and not a single representative of the millions of citizens using Sydney parks who don’t happen to be white, upper middle class people with thriving corporate careers - how, I ask you, can this happen in the 21st century?