Compared to the days in my youth when I campaigned against censorship in Australia, freedom of expression has become a much more complicated idea. Back then, we saw the state as the major source of censorship.

Through our own reporting efforts, we did begin to understand how the mainstream media hid as well as published the truth. Prison and police abuses, deaths in custody and domestic violence were all rendered invisible by the media. We saw part of our role as publishing stories that no one else would publish.

But there was much that we didn’t understand. For a start, back then we didn’t really consider how concentrations of private power could marginalise and shut down voices.

I had little understanding of ‘hate speech’ and the humiliation and hurt it can cause.

Today, ‘freedom of expression’ is a contested idea.

As I write on the eve of the Federal Election, an extreme rightwing group that calls itself Advance Australia is spreading false text messages about what will happen if the Morrison government loses the Federal election.

Our mainstream media have run countless paid advertisements from the Palmer United Party whose candidate Craig Kelly has continually spread false information about COVID and vaccination.

The current Prime Minister Scott Morrison ( hopefully no longer in a day’s time) accuses others of silencing and cancelling his candidate for Warringah Katherine Deves who has expressed harmful views about transgender people.

News Corporation has used its dominant media power to openly campaign for the reelection of the Morrison government. Much of what it publishes is more akin to propaganda than journalism. Yet News Corporation contends that it a key player in pushing for more freedom for journalists in Australia and has led campaigns to extend journalists’ rights.

However, it remains in my view critically important that we extend our access to ‘freedom of information’. We must stop punishing whistleblowers and challenge government and court secrecy of the kind that is happening in the unjustified trial of Bernard Collaery . He did nothing more than assist in the exposure of the Australian government’s abuse of communication through spying on the East Timorese government.

Even though there is more independent outlets, our commercial media is still highly, concentrated especially in regional Australia. Local media has shrunk and there is almost no investigative local journalism. In Western Sydney, for example, where the majority of Sydney’s people live, there is no publication that carries regular reporting of issues affecting the lives of its people. This is one of the reasons I have published my series on Bingo Industries.

So it was with all these thoughts in mind that I attended the PEN Sydney lecture of Senator Mehreen Faruqi at the Sydney Writers’ Festival. As Australia’s first Muslim woman Senator and one of very few politicians of colour, she gave me plenty to think about.

I particularly liked her arguments that ‘cancel culture’ is a fiction and that key questions underlying debates about freedom of expression is who will be heard and who will be silenced.

I reported on her speech for City Hub.

In the middle of the stage was an empty chair, a reminder that Australian journalist Julian Assange faces decades of imprisonment in a United States prison after a UK court approved his extradition to face charges under the Espionage Act for publishing information about US war crimes. PEN Sydney supports Assange. 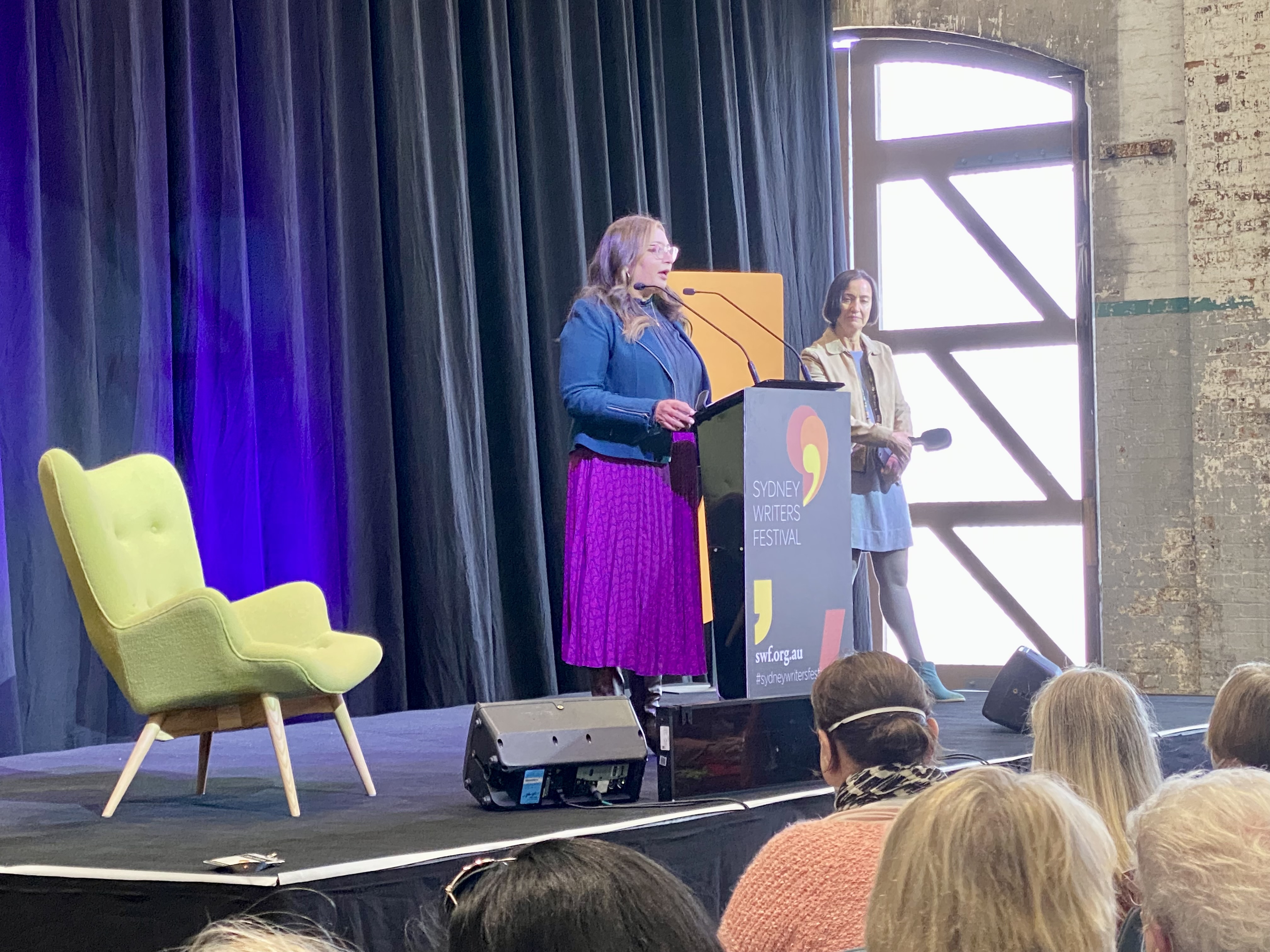 An empty chair, Senator Mehreen Faruqi and PEN Sydney coordinator Claudia Taranto on stage at Sydney Writers’ Festival at Carriage works in May 2022.

As I declare at the end of the City Hub story, I supported Mehreen Faruqi in her campaign for election to the Senate.